Project scale: The first of a three-phase multi-family development with 50 one- and two-bedroom condominiums in two four-storey woodframe buildings in the Rutland neighbourhood on the northeast edge of the city of Kelowna 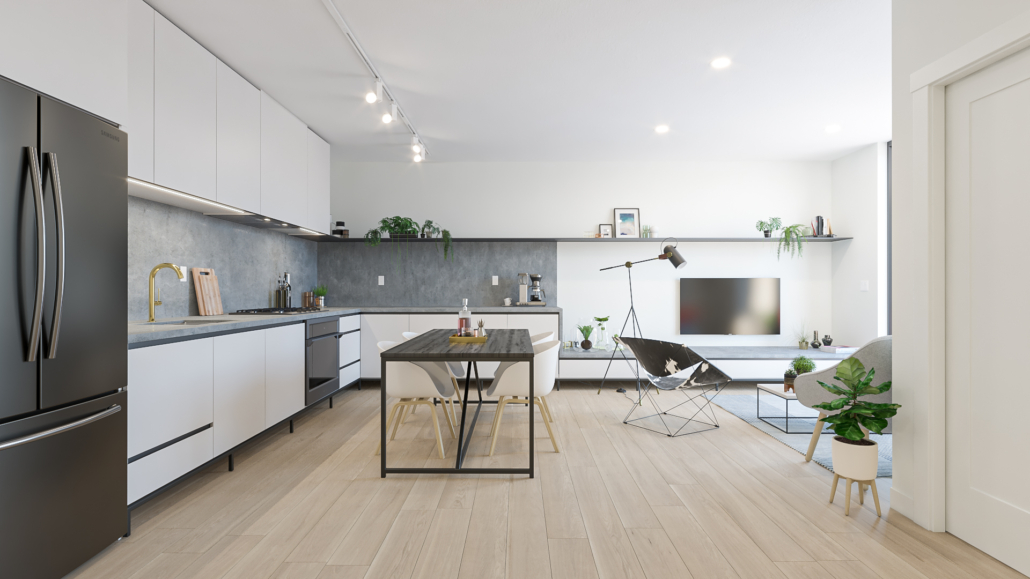 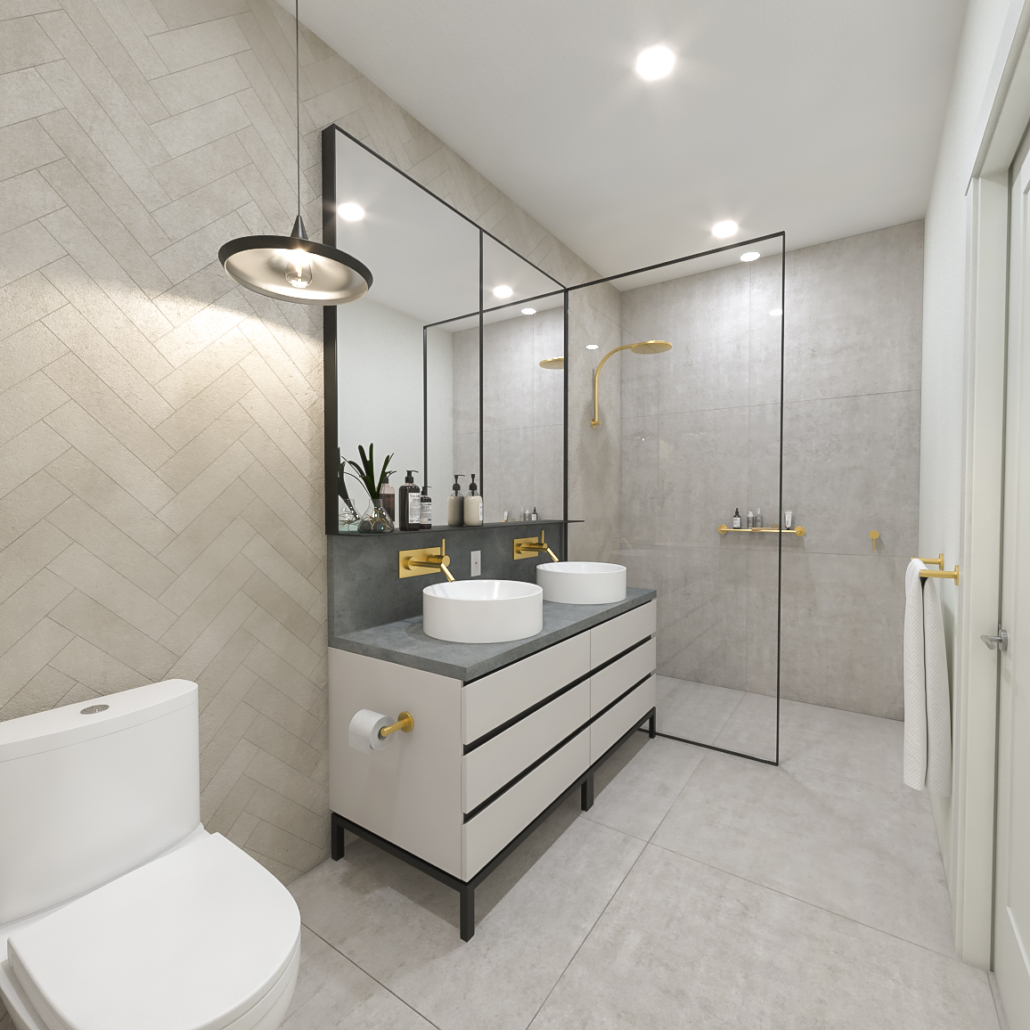 An unusual partnership between a church and Ecora is building a new condominium development in the Rutland neighbourhood of Kelowna that will focus on both affordability and environmental sensitivity.

The three-phase development of 152 homes, with a first phase of 50 one- and two-bedroom units, is also the foundation of a dream to build a new open-concept school on the same site. An existing independent school on the Kelowna Christian Centre Society property has educated thousands of students since it was established 37 years ago.

Eden Kelowna’s first phase of homes will be attractively priced from the mid-$200,000’s to $400,000’s and are currently in pre-sales. The development also features a grand outdoor courtyard designed to encourage interaction among homeowners.

“We expect to attract lots of first-time buyers who will be interested because of the price points,” said Prasad. The project is also close to the University of B.C.’s Okanagan campus, so the marketing firm expects interest from investors who may want to buy and rent out to university students.

Special attention has been paid to ensuring the homes and the site will be environmentally sensitive and attractively designed, says Scott Walkinshaw, development manager for Ecora Development Management Corp., headquartered in Kelowna.

“It will have a pedestrian-oriented environment with almost a European feel for how things are put together,” he said. By putting all parking underground, the space at ground level can be landscaped to create a leafy environment that allows for some shade from the Okanagan sun. The relatively flat site allows for good views of the surrounding mountains.

The company worked hard to ensure the development was integrated well with the existing Rutland neighbourhood, said Ecora CEO Kelly Sherman. One member of city council, which gave the development unanimous approval, called Eden one of the best and most beautifully designed she has seen in the last eight years.

Rutland was established when John “Hope” Rutland built an irrigation system allowing farming in the region. The local post office was opened in 1908. It was an unincorporated town until it was merged with the nearby city of Kelowna in 1973.

Eden Kelowna homes will have a distinct horizontal streamlined look with extensive use of aluminum and other modern materials in the construction, with some use of wood pergolas on the upper levels. All homes will have either a generously sized balcony or patio area on ground level and attractive landscaping at street level. Subsequent phases will have homes in buildings of five and six storeys high, stepped back on the site.

Inside, buyers will enjoy almost nine-foot-high ceilings with some upper level units also having vaulted ceilings. Buyers can choose light or dark colour palettes. Flooring is practical wide-plank vinyl with a timber theme. Buyers can also upgrade to wood flooring throughout and carpeting in bedroom areas.

Pastor Dave Kalamen says Eden has been an opportunity for the Kelowna Christian Centre Society to give back to the community of Rutland. The society, established by Kalamen, has become a leader in online learning, with courses approved by the B.C. Education Ministry that are used throughout the province’s schools.

Kalamen said the society considered simply selling the land, but realized that the best way to finance the school, which will offer pre-school to Grade 12 for 300 to 400 students, was to partner with Ecora on the housing project.